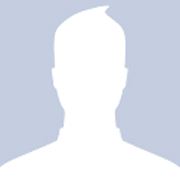 He has had several solo exhibitions like in 1985 he showcased his work at Jahangir Art Gallery, Jawahar Kala Kendra, Jaipur in 1997. AIFACS, New Delhi in 2008 & 2010. He has also received the Academy award by the Academy of Fine Arts, Calcutta in 1968. Sr. Fellowship Award by the Dept. of Culture by the Govt. of India in 2002.

Bhanwar Singh says that “our past experiences limit our visual experiences, they create a boundary and if one becomes familiar and comfortable amidst, it is limiting the joy of pleasure”.
For him painting is one such process that allows breaking such boundaries. It is a process and if consciously worked upon, an artist like Brahma, the creator. He creates his own universe.

The artist currently lives and works in Ahmedabad, Gujarat.